"Building Our Future" is a way to "Honor Our Past"

Willow Run Community Schools and Ypsilanti Public Schools had a rich tradition of honoring alumni. WRCS annually hosted a ceremony to induct distinguished alumni, across a broad spectrum, into a Hall of Fame. YPS hosted an Athletic Hall of Fame to recognize student-athletes, coaches, and community supporters.

YCS is committed to honoring the past of the former districts. Already community volunteers are working to restructure a new YCS Athletic Hall of Fame and plans are underway to explore the continuation of a broader YCS Hall of Fame that will recognize alumni who have reached positive acclaim in their particular careers. 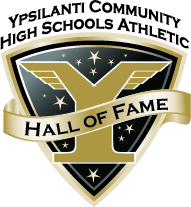