Hall of Fame induction Class of 2014 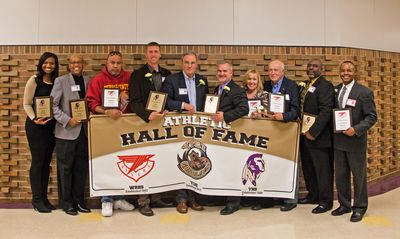 Daphne Smith, Class of 1982, outstanding WRHS volleyball, basketball & softball, All state and All-American in basketball, played basketball at U of Illinois and U of D;