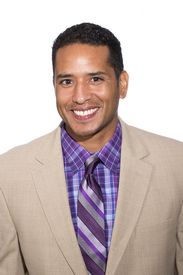 Jonathan Royce is an individual with multiple talents and interests. He is an owner of a new food venture Hustling Hoagies, has worked professionally as a model, writer and commercial actor, is a three time All American Athlete, Big Ten Champion and Hall of Fame athlete at the University of Michigan and has coached at both the high school and college ranks.  Most importantly, Mr. Royce has worked in education and with children for many years. He earned his bachelors degree from the University of Michigan and received his Masters in Educational Leadership from Eastern Michigan University.

His work with Ypsilanti youth started many years ago at Parkridge Community Center while working for the Ypsilanti Rec department. From there, he spent time as a paraeducator at Perry Elementary and also worked at the before and after school programs at the districts elementary schools. He did his student teaching at Ypsilanti High School while also subbing in both Ypsilanti and Willow Run schools. He has spent six years working with "at risk youth" in Ann Arbor's School District at Roberto Clemente and most Recently Pathways Academic Campus. He began his administrative career as Assistant Principal at Lincoln Middle School.  Mr. Royce joined YCS working at Ypsilanti Community Middle School as Assistant Principal and later Interim Principal.  Mr. Royce joined ACCE in 2016 and looks forward to working for and alongside the staff, family and students of ACCE.